What is Psoriasis & how is it treated? 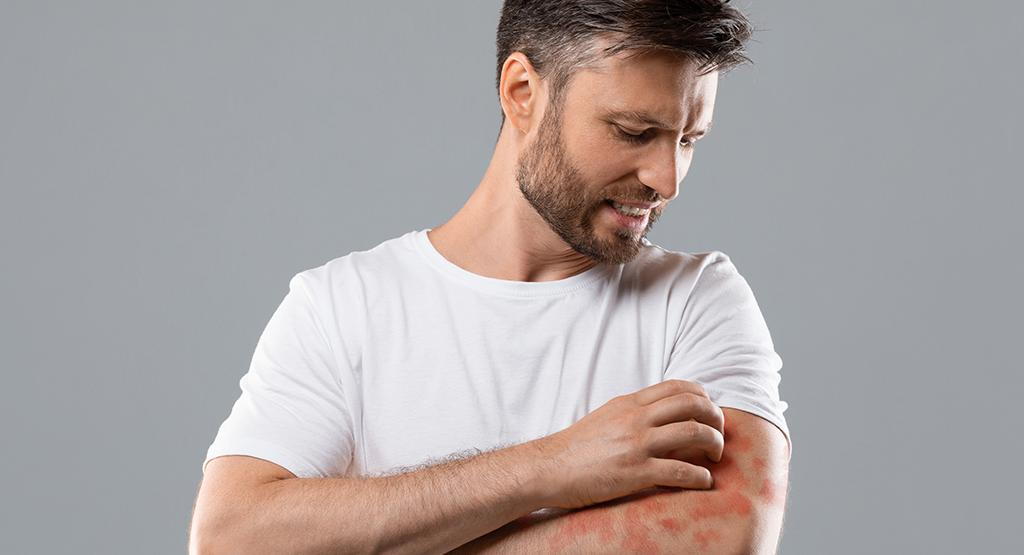 Psoriasis is a skin disorder that causes scaley patches of inflamed skin, typically appearing on the knees, elbows, torso and head (facial and scalp psoriasis).

Psoriasis is a chronic skin condition caused by inflammation. Affecting 2% of the US population, psoriasis results from rapid skin cell growth in the epidermis (the top layer of skin). During normal cellular turnover, skin cells are produced and slough off every 24 to 30 days.

With psoriasis, the production of skin cells is accelerated, up to 10 times faster than normal. New skin cells are produced every 3 to 4 days. This abnormally fast production prevents the skin cells from maturing and sloughing off properly. Rather, the skin cells build up, creating raised plaques of red skin with flakey, white scales.

What are the treatment options for Psoriasis?

Psoriasis treatments can include:

Topical therapy for mild to moderate psoriasis localized to specific areas of the body.

Biologic therapy has advanced to the forefront of psoriasis treatment where most recently, the FDA approved biologic therapy (all subcutaneous) which can safely be administered at home.

Four weeks after the first & only dose of Skyrizi most people are 50% improved. After 2 shots by week 12, 80% of people are 90% better, 55% (over half) of the people are totally clear with no psoriasis, and most people continue to stay that way with 1 dose every 12 weeks. works the same way, which is also FDA approved for Psoriatic Arthritis.