Is it a blush, a burn, or something more serious? Understanding Rosacea. 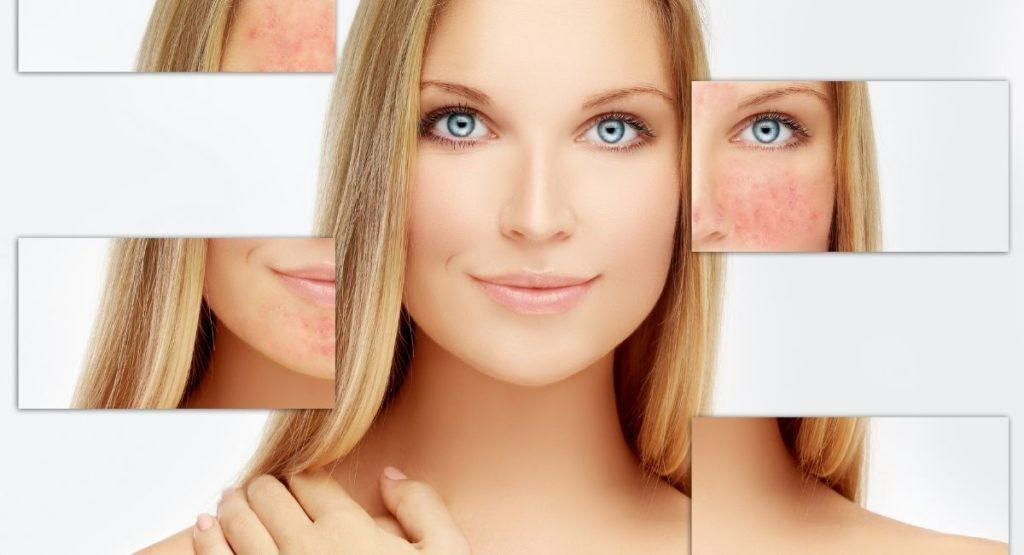 It may appear as a “flush” or “blush” or even a sunburn. But when facial skin does not return to normal within a few days, you may actually have Rosacea.

Rosacea is a common skin disease that causes redness, pustules, papules, and swelling on the face. Often referred to as “adult acne,” rosacea frequently begins as a tendency to flush or blush easily. It may progress to persistent redness in the center of the face that may gradually involve the cheeks, forehead, chin, and nose. The eyes, ears, chest, and back may also be involved. With time, small blood vessels and tiny pimples begin to appear on and around the reddened area; however, unlike acne, there are no blackheads.

The condition may last for years, rarely reverse itself, and can become worse without treatment. Middle-aged women are most susceptible, along with people who have fair skin and tend to blush easily.

There is no known cause for rosacea, but hereditary and environmental factors can play a role in this condition. Many triggers have been identified, which can stimulate the flow of blood to the skin. Some triggers include:

If you are concerned about your condition or how to deal with it, it’s best to meet with a professional.