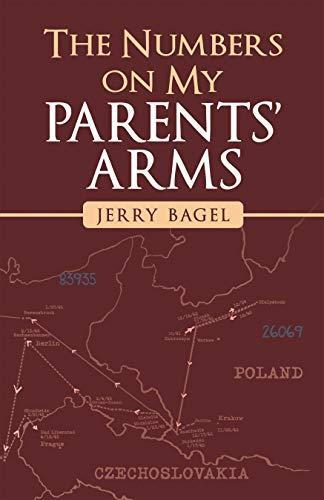 Dr. Jerry Bagel learned how to count by the numbers on his parents’ arms. He grew up listening to the traumatic stories that his father, Sam, and mother, Helen, endured during the Holocaust. “The Numbers on My Parents’ Arms” reveals the resilience that his parents embodied and how they never stopped pursuing their dreams regardless of what they went through.

Bagel vividly captures his parents’ story of survival, focusing on the historical and educational aspects of the Holocaust that will captivate readers. Even though his parents went through hell and back, they resurrected themselves to a new life filled with family, happiness and thankfulness. The book provides research that the author conducted with testimonies and memoirs from other survivors who were in the same place at the same time as his parents.

“I wrote the book to illustrate the personal account about my parents’ experience during the Holocaust,” said Bagel. “I wanted to show readers my parents’ day-to-day experiences and the raw truth of what they endured.”

From his father’s mantra “I will survive another day” to his mother’s attempted suicide by refusing to work for six weeks in Auschwitz, Bagel educates individuals on the personal journeys that Holocaust survivors experienced and captures the lives of those who were perished

“The Numbers on My Parents’ Arms” is a brutally honest depiction that encompasses the historical, personal and geographical elements of a time that will never be forgotten.

About the author
Author Jerry Bagel, the son of Sam and Helen Bagel grew up on a chicken farm in East Windsor, New Jersey. Recognizant that his holocaust survivor parents were different than his Jewish and non-Jewish friends’ parents. He attended the Hightstown school system from kindergarten through twelfth grade. Upon completion of his Dermatology residency at Columbia-Presbyterian Medical Center in New York City in 1985, he returned home to East Windsor to open his dermatology practice. He is deeply appreciative of his parent’s strength and support. “The Numbers on My Parents’ Arms” is Bagel’s introduction into the world of writing.